As described in one of the previous blog post, also this year is not without its Soomaa flood. This year is special, however, because the maximum height of the water level and the duration of the flood.

While the previous four years went down in history as large flood years, the current year (2014) has started rather differently. There were floods in both January and March, but they were so small that we should compare them to the 90 years of measurements recorded at the water gauge in Soomaa’s Riisa village.

We can see that the March flood is ranked on place 88 of Soomaa spring floods, and even though the January flood raised the water 30 cm higher than that, the year 2014 is – at the moment – the year with the lowest floods recorded by the Riisa gauge (figure 1).

While the January flood was comparable to that of the previous four years, the spring flood was truly tiny (figure 2). 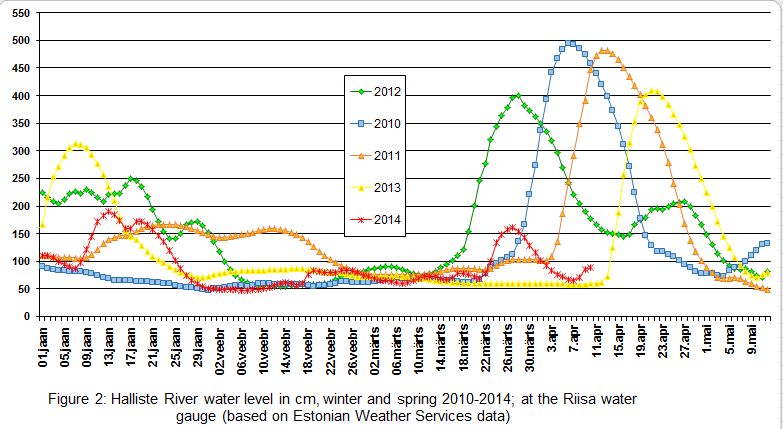 Although both floods this year were small, no visitor coming to Soomaa to watch them had any regrets. The March flood was low and lasted only a week, but the Halliste River flood meadows looked just the same as during larger floods. 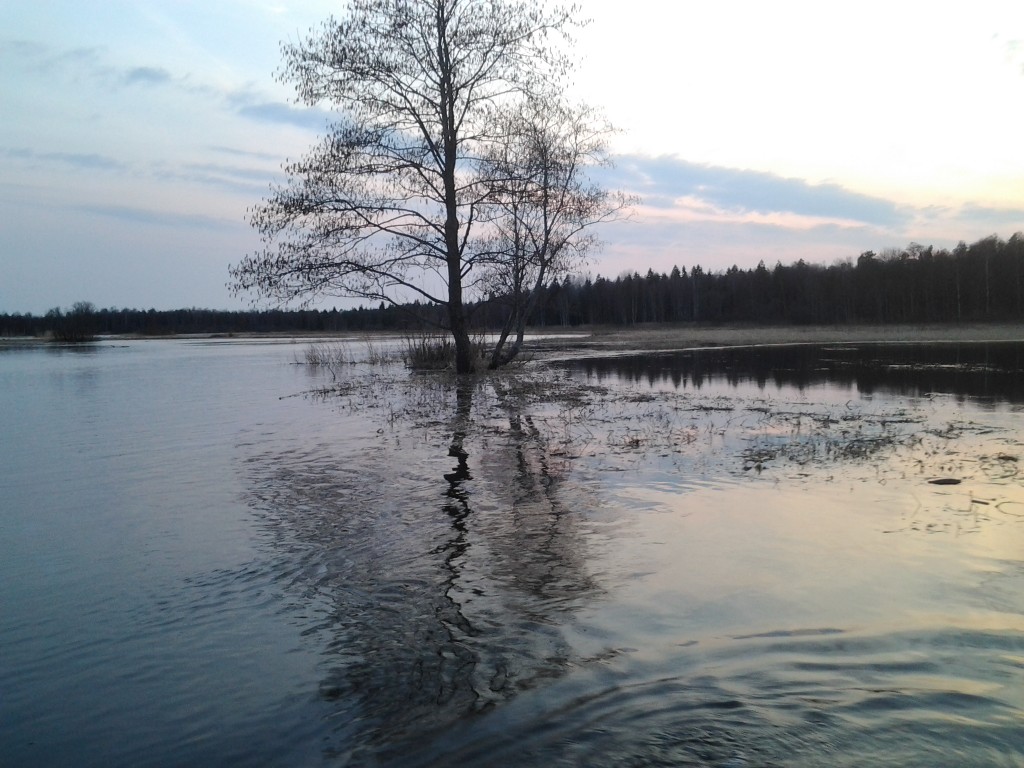 In terms of water, the January flood was higher than the one in March, and it stayed high twice as long that in March because; and it was – because it froze over – also suitable for ice-skating and kick-sledging for a whole month. A big advantage of this snow-poor winter was also that there was only little snow on the ice for a short while, and for a long time the ice was completely snow-free. 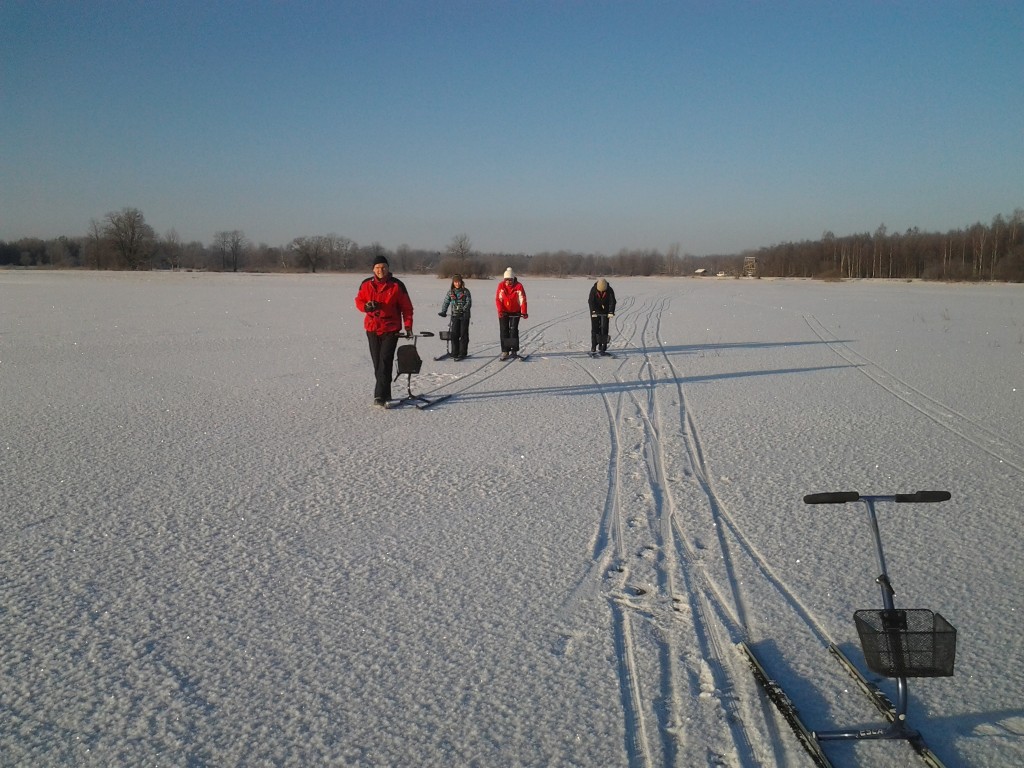 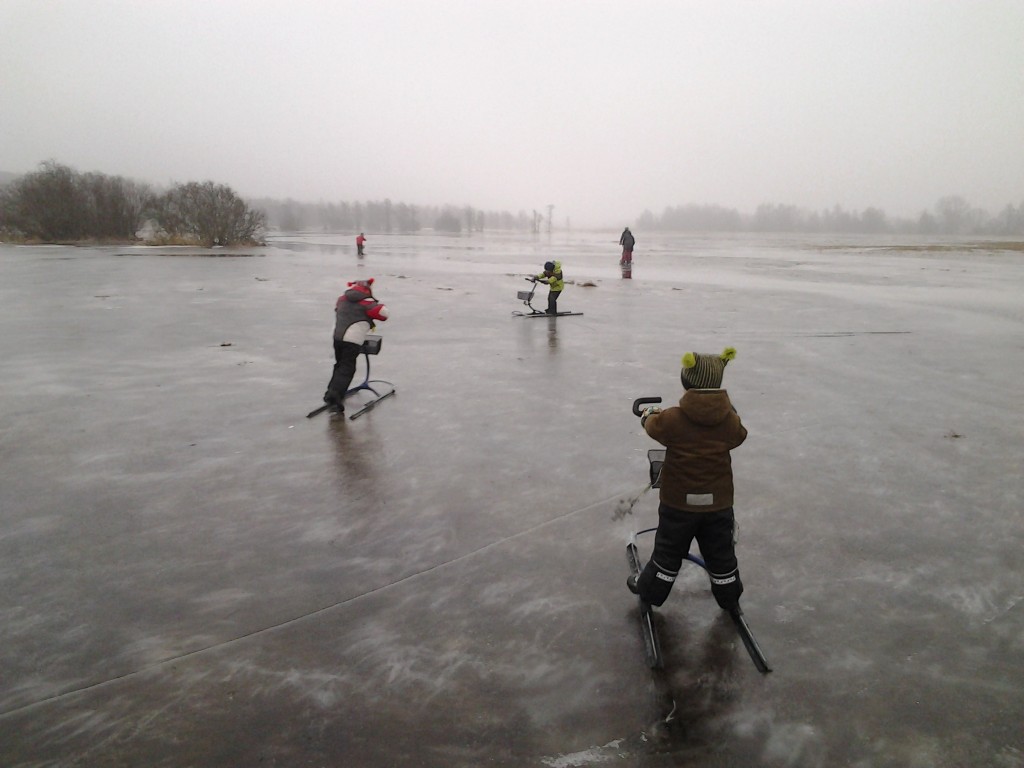 The pictures shown above vividly proof the fact that Soomaa floods are still rather large, even in a “lighter” year, that you can go canoeing or kick-sledging.

But the year is not over yet! And no one can deny the possibility that some larger flood might still come this year, which would lift 2014 up from the lowest place in the 90 years’ gauge history.